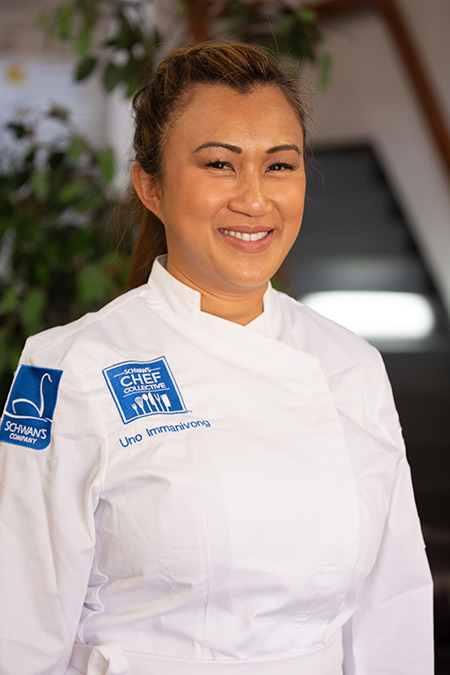 Uno Immanivong is a first generation Asian American of Laotian descent. She was born in a Thai refugee camp where her parents dreamed of giving her a better life. That determination led them to America. Uno pursued a 16-year banking career and although she flourished in her craft, the dream of nourishing people with food inspired by her childhood always lingered.

Uno is now CEO of Chef Uno Brands, Founder of Chino Chinatown Restaurant and Chef/Owner of RedStix Street Food – opening two new locations, one in 2019 & another in 2020. In addition to her businesses, Uno has made numerous television appearances including a stint on The Taste with Anthony Bourdain, along with programs on ABC, EyeOpener TV, Fox, and Cooking Channel, where she creates recipes and promotional cooking videos for an array of brands.