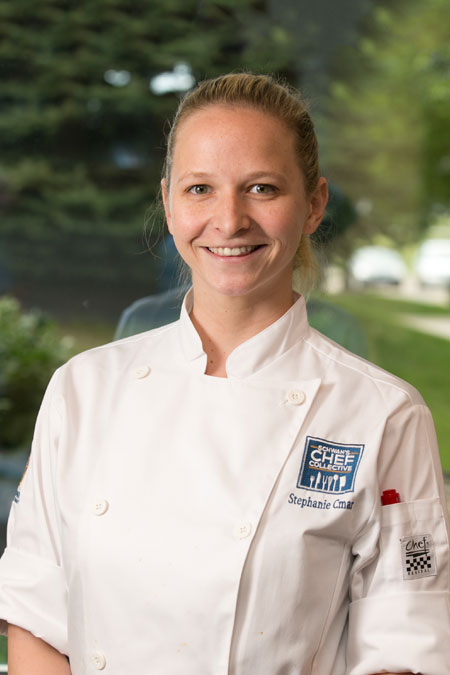 Massachusetts native Stephanie Cmar started her food industry career at the Muffin Shop in Marblehead, MA while in high school. After graduating from Johnson & Wales University in 2007, Stephanie moved back to Boston and worked at Top of the Hub Restaurant. She later found herself at Ivy Restaurant and B & G Oysters, where she worked with her mentor Barbara Lynch Gruppo. In 2009, Stephanie was promoted to sous chef there. From 2012-2013, Stephanie was a contestant on Bravo's Top Chef Seasons 10 and 11. Stephanie opened a pop-up shop named Stacked Donuts, in 2014, inside Boston’s South End restaurant, The Butcher Shop.