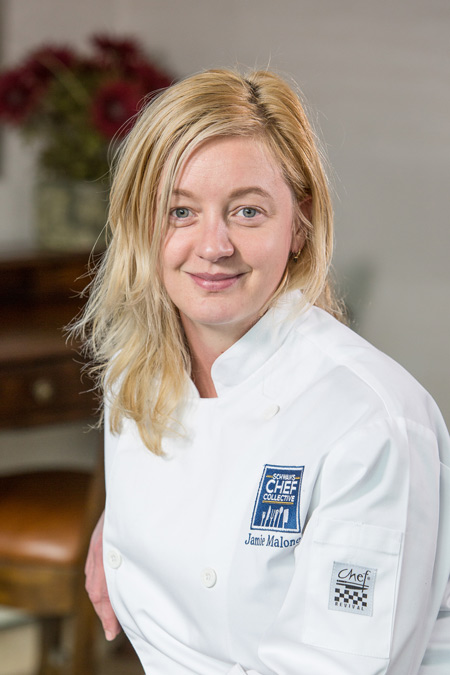 Jamie Malone has led a life that revolved around food. She grew up cooking and baking with her dad in St. Paul, Minnesota and after graduating from Le Cordon Bleu, began her career working for Chef Tim Mckee. In 2011, Jamie became a chef at Sea Change in Minneapolis where she earned national attention and a place as a semifinalist for James Beard Award Foundation for Rising Star Chef in 2013 and Best Chef Midwest in 2014 as well as Best New Chef by Food and Wine Magazine in 2013.